You are currently here! Book Club for Adults 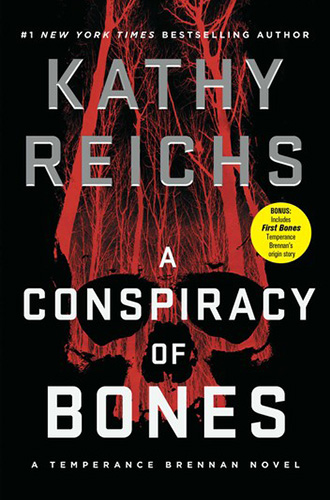 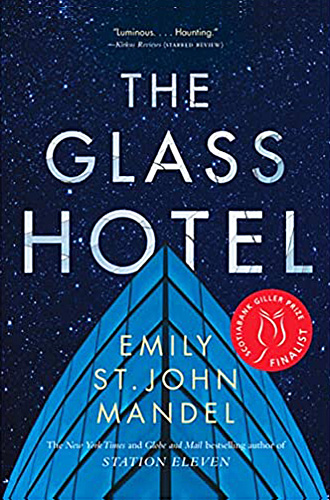 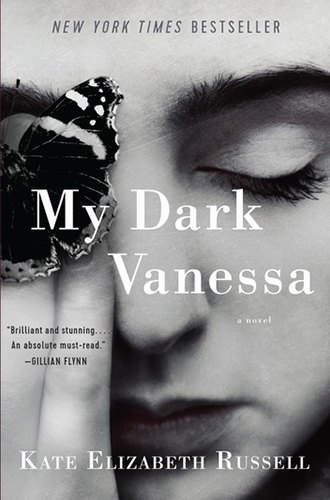 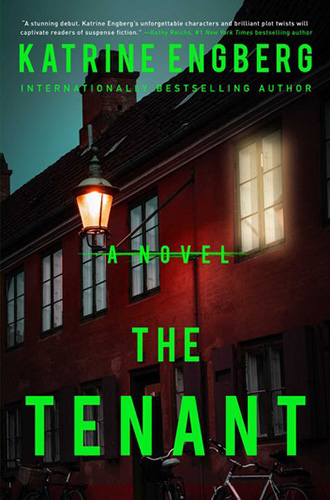 A Conspiracy of Bones

It’s sweltering in Charlotte, North Carolina, and Temperance Brennan, still recovering from neurosurgery following an aneurysm, is battling nightmares, migraines, and what she thinks might be hallucinations when she receives a series of mysterious text messages, each containing a new picture of a corpse that is missing its face and hands. Immediately, she’s anxious to know who the dead man is, and why the images were sent to her.

An identified corpse soon turns up, only partly answering her questions.
To win answers to the others, including the man’s identity, she must go rogue, working mostly outside the system. That’s because Tempe’s new boss holds a fierce grudge against her and is determined to keep her out of the case. Tempe bulls forward anyway, even as she begins questioning her instincts. But the clues she discovers are disturbing and confusing. Was the faceless man a spy? A trafficker? A target for assassination by the government? And why was he carrying the name of a child missing for almost a decade?

With help from a number of law enforcement associates including her Montreal beau Andrew Ryan and the always-ready-with-a-smart-quip, ex-homicide investigator Skinny Slidell, and utilizing new cutting-edge forensic methods, Tempe draws closer to the astonishing truth.

But the more she uncovers, the darker and more twisted the picture becomes…

From the award-winning author of Station Eleven, a captivating novel of money, beauty, white-collar crime, ghosts and moral compromise in which a woman disappears from a container ship off the coast of Mauritania and a massive Ponzi scheme implodes in New York, dragging countless fortunes with it.

Vincent is a bartender at the Hotel Caiette, a five-star glass-and-cedar palace on the northernmost tip of Vancouver Island. New York financier Jonathan Alkaitis owns the hotel. When he passes Vincent his card with a tip, it’s the beginning of their life together. That same day, a hooded figure scrawls a note on the windowed wall of the hotel: “Why don’t you swallow broken glass.” Leon Prevant, a shipping executive for a company called Neptune-Avramidis, sees the note from the hotel bar and is shaken to his core. Thirteen years later, Vincent mysteriously disappears from the deck of a Neptune-Avramidis ship.

Weaving together the lives of these characters, The Glass Hotel moves between the ship, the skyscrapers of Manhattan and the wilderness of remote British Columbia, painting a breathtaking picture of greed and guilt, fantasy and delusion, art and the ghosts of our pasts.

Exploring the psychological dynamics of the relationship between a precocious yet naïve teenage girl and her magnetic and manipulative teacher, a brilliant, all-consuming read that marks the explosive debut of an extraordinary new writer.
2000. Bright, ambitious, and yearning for adulthood, fifteen-year-old Vanessa Wye becomes entangled in an affair with Jacob Strane, her magnetic and guileful forty-two-year-old English teacher.

2017. Amid the rising wave of allegations against powerful men, a reckoning is coming due. Strane has been accused of sexual abuse by a former student, who reaches out to Vanessa, and now Vanessa suddenly finds herself facing an impossible choice: remain silent, firm in the belief that her teenage self willingly engaged in this relationship, or redefine herself and the events of her past. But how can Vanessa reject her first love, the man who fundamentally transformed her and has been a persistent presence in her life? Is it possible that the man she loved as a teenager—and who professed to worship only her—may be far different from what she has always believed?

Alternating between Vanessa’s present and her past, My Dark Vanessa juxtaposes memory and trauma with the breathless excitement of a teenage girl discovering the power her own body can wield. Thought-provoking and impossible to put down, this is a masterful portrayal of troubled adolescence and its repercussions that raises vital questions about agency, consent, complicity, and victimhood. Written with the haunting intimacy of The Girls and the creeping intensity of Room, My Dark Vanessa is an era-defining novel that brilliantly captures and reflects the shifting cultural mores transforming our relationships and society itself.

When a young woman is discovered brutally murdered in her own apartment, with an intricate pattern of lines carved into her face, Copenhagen police detectives Jeppe Korner and Anette Werner are assigned to the case. In short order, they establish a link between the victim, Julie Stender, and her landlady, Esther de Laurenti, who’s a bit too fond of drink and the host of raucous dinner parties with her artist friends. Esther also turns out to be a budding novelist—and when Julie turns up as a murder victim in the still-unfinished mystery she’s writing, the link between fiction and real life grows both more urgent and more dangerous.

But Esther’s role in this twisted scenario is not quite as clear as it first seems. Is she the culprit—or just another victim, trapped in a twisted game of vengeance? Anette and Jeppe must dig more deeply into the two women’s pasts to discover the identity of the brutal puppet-master pulling the strings in this electrifying literary thriller.

A few reading suggestions from our new releases!

Everyone knows a couple like Jack and Grace. He has looks and wealth; she has charm and elegance. He’s a dedicated attorney who has never lost a case; she is a flawless homemaker, a masterful gardener and cook, and dotes on her disabled younger sister. Though they are still newlyweds, they seem to have it all. You might not want to like them, but you do. You’re hopelessly charmed by the ease and comfort of their home, by the graciousness of the dinner parties they throw. You’d like to get to know Grace better.
But it’s difficult, because you realize Jack and Grace are inseparable.
Some might call this true love. Others might wonder why Grace never answers the phone. Or why she can never meet for coffee, even though she doesn’t work. How she can cook such elaborate meals but remain so slim. Or why she never seems to take anything with her when she leaves the house, not even a pen. Or why there are such high-security metal shutters on all the downstairs windows.
Some might wonder what’s really going on once the dinner party is over, and the front door has closed.

Wealthy, privileged, and fiercely independent New Yorker Jennie Jerome took Victorian England by storm when she landed on its shores. As Lady Randolph Churchill, she gave birth to a man who defined the twentieth century: her son Winston. But Jennie—reared in the luxury of Gilded Age Newport and the Paris of the Second Empire—lived an outrageously modern life all her own, filled with controversy, passion, tragedy, and triumph.
When the nineteen-year-old beauty agrees to marry the son of a duke she has known only three days, she’s instantly swept up in a whirlwind of British politics and the breathless social climbing of the Marlborough House Set, the reckless men who surround Bertie, Prince of Wales. Raised to think for herself and careless of English society rules, the new Lady Randolph Churchill quickly becomes a London sensation: adored by some, despised by others.
Artistically gifted and politically shrewd, she shapes her husband’s rise in Parliament and her young son’s difficult passage through boyhood. But as the family’s influence soars, scandals explode and tragedy befalls the Churchills. Jennie is inescapably drawn to the brilliant and seductive Count Charles Kinsky—diplomat, skilled horse-racer, deeply passionate lover. Their affair only intensifies as Randolph Churchill’s sanity frays, and Jennie—a woman whose every move on the public stage is judged—must walk a tightrope between duty and desire. Forced to decide where her heart truly belongs, Jennie risks everything—even her son—and disrupts lives, including her own, on both sides of the Atlantic.
Breathing new life into Jennie’s legacy and the glittering world over which she reigned, That Churchill Woman paints a portrait of the difficult—and sometimes impossible—balance among love, freedom, and obligation, while capturing the spirit of an unforgettable woman, one who altered the course of history.

The Irishman is an epic saga of organized crime in post-war America told through the eyes of World War II veteran Frank Sheeran, a hustler and hitman who worked for legendary crime boss Russell Bufalino alongside some of the most notorious figures of the 20th Century. Spanning decades, Sheeran’s story chronicles one of the greatest unsolved mysteries in American history, the disappearance of legendary union boss Jimmy Hoffa, and it offers a monumental journey through the hidden corridors of organized crime: its inner workings, rivalries and connections to mainstream politics. Sheeran would rise to a position of such prominence that in a RICO suit against The Commission of La Cosa Nostra, the US Government would name him as one of only two non-Italians in conspiracy with the Commission. Sheeran is listed alongside the likes of Anthony “Tony Pro” Provenzano and Anthony “Fat Tony” Salerno.
In the course of nearly five years of recorded interviews, Sheeran confessed to Charles Brandt that he handled more than twenty-five hits for the mob, and Brandt turned Sheeran’s story into a page-turning true crime classic.

Grace sees her boyfriend Henry everywhere. In the supermarket, on the street, at the graveyard.** Only Henry is dead. He died two months earlier, leaving a huge hole in Grace’s life and in her heart. But then Henry turns up to fix the boiler one evening, and Grace can’t decide if she’s hallucinating or has suddenly developed psychic powers. Grace isn’t going mad–the man in front of her is not Henry at all, but someone else who looks uncannily like him. The hole in Grace’s heart grows ever larger. Grace becomes captivated by this stranger, Andy–to her, he is Henry, and yet he is not. Reminded of everything she once had, can Grace recreate that lost love with Andy, resurrecting Henry in the process, or does loving Andy mean letting go of Henry?

A decade ago, kidnappers grabbed two boys from wealthy families and demanded ransom, then went silent. No trace of the boys ever surfaced. For ten years their families have been left with nothing but painful memories and a quiet desperation for the day that has finally, miraculously arrived: Myron Bolitar and his friend Win believe they have located one of the boys, now a teenager. Where has he been for ten years, and what does he know about the day, more than half a life ago, when he was taken? And most critically: What can he tell Myron and Win about the fate of his missing friend? Drawing on his singular talent, Harlan Coben delivers an explosive and deeply moving thriller about friendship, family, and the meaning of home. 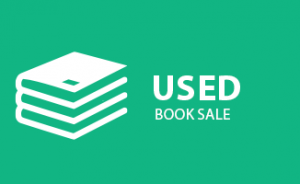 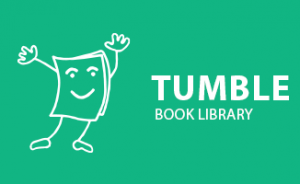 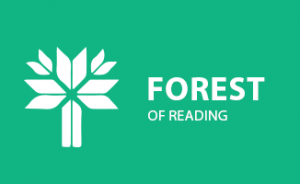 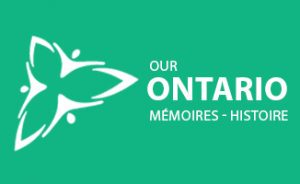